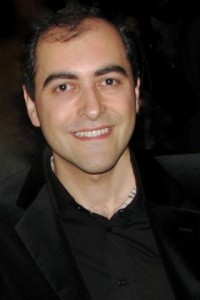 Thinkocrats* was founded in 2012 by the Iranian-American doctor, author and social entrepreneur,  Pejman Azarmina.

Being trained as a physician, caring for people and their total health had always been a priority for Pejman. Over the past two decades, this caring mindset expanded from just health to other areas of life such as personal growth, happiness and inner peace. Years of work in academia, healthcare and industry also developed his analytical, organizational, leadership and communication skills. The combination of these traits and experiences constructed the foundation for Thinkocrats and its mission.

* The term “thinkocrat” was coined by Pejman Azarmina when he combined the English verb “think” and Latin root “crat” [to rule, to lead, to govern]. The hope is that thinkocrat becomes a common term in politics, scientific fields, academia, businesses and arts to refer to someone whose leadership style is heavily influenced by his or her ability to think critically and systematically.